Here’s a few words and photos about the honoree for this year’s Seal Beach Founders concert on October 6th 12:30 to 2:30 p.m. at the Seal Beach Pier:

A young boy discovers and pursues a passion that most people would consider a mere side hobby or summertime recreation, and creates, almost by accident, his own destiny.

Rich Harbour’s story is probably familiar to many Seal Beach locals. Back in the fifties a fifteen year old Rich was bitten by the surfing bug, so his father generously gave him his first surfboard. This surfboard was soon stolen from the side of his house (probably by some lowlife Gidget-crazed inlander.) After much pleading and begging, Rich discovered that his father’s generosity would not extend to buying a replacement board. Not one to let a minor setback to keep him from the waves, Rich built a new surfboard to replace the stolen one and resumed surfing. For most people, that would be the happy ending to the story, but not for Rich. 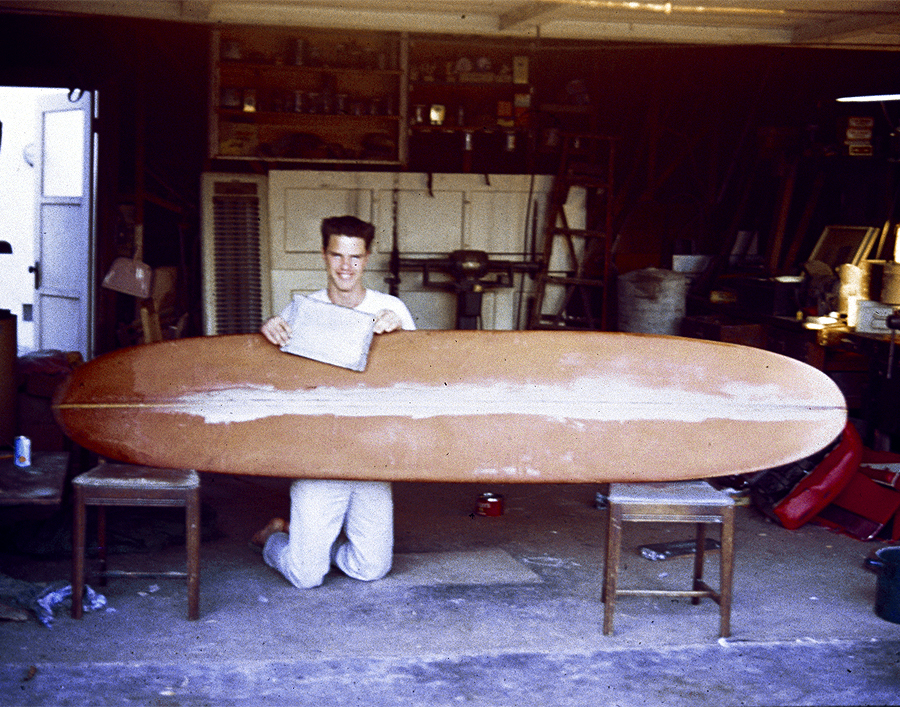 Stung by older surfers making fun of his crudely shaped but functional new board, Rich decided to do better. He crafted two new boards (one for himself and one for his brother) that were so well made that they inspired not ridicule from the other surfers, but offers of cash if Rich would build them similar boards.

Soon Rich had a profitable side business building surfboards for locals. As his reputation grew beyond local surfers, the business expanded from part of his parent’s garage to various garages around town. After a few years, Rich is presented with a choice. He can continue studying at the Orange Coast College of Architecture or commit completely to building surfboards as a full time career. 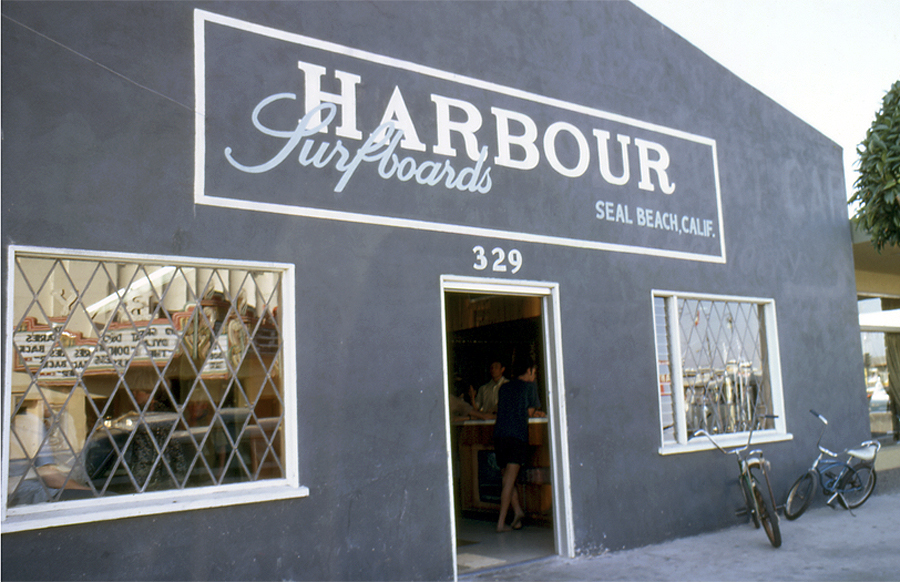 It’s clear what choice Rich made. Ultimately, he opens Harbour Surfboards at 329 Main Street. As his business grows, surfing grows with it, transforming itself from a hobby into a multi-million dollar industry. Over the five decades, Rich Harbour have remained at the same Main Street address, creating innovative new board designs and offering new surfing merchandise and accessories. The core business remains the same. 329 Main Street has been used for shaping surfboards since 1962.

But Rich’s story isn’t just an American story, it’s also a Seal Beach story. He may have an international reputation, but he has lived here all his life and been influenced by the Seal Beach landscape, its people, and its surf. There are many surfing legends, and maybe some of them have had streets named after them, but only Rich Harbour has actually named a street in Seal Beach (Silver Shoals Avenue. Please ask Rich for the full story).

This has just been some of the highlights of Rich Harbour’s life and career. For a fuller unabridged and uncensored version, Rich is offering a new revised version of his book, The Harbour Chronicles.

One can’t help wonder what Rich’s life would have been like if that lowlife inlander hadn’t stolen his first surfboard years ago, but with a name like Rich Harbour, his life must have been destined to be successful and probably have something to with water sports.