Posted on January 1, 2019 by Michael Dobkins

Seal Beach was officially incorporated in 1915, but the name was created earlier to promote real estate sales in what was then known a Bay City and Anaheim Landing.

On this date in 1914, that new Seal Beach name was publicized by an entry in twenty-fifth Tournament of Roses parade in Pasadena.

According the Oregon Daily Journal’s coverage of the parade, “Seal Beach had a great imitation seal, 15 feet long, in lifelike colors and attitude, around which, in the sand, children disported in bathing suits.” 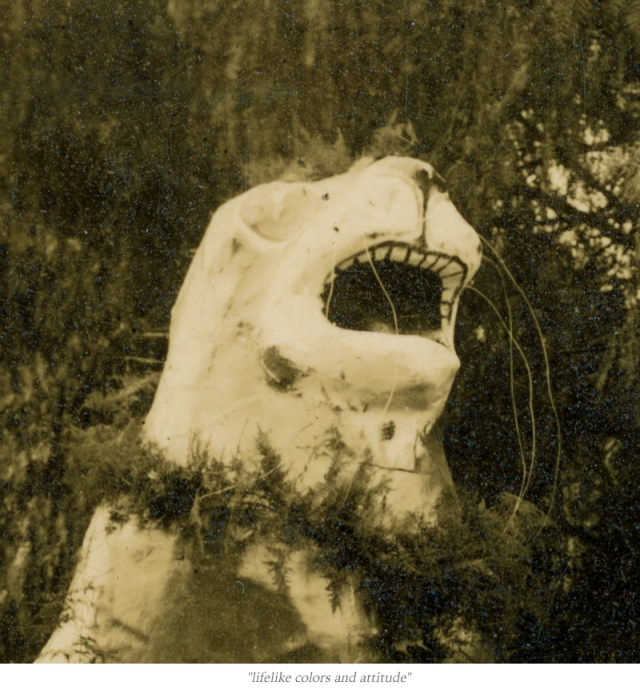 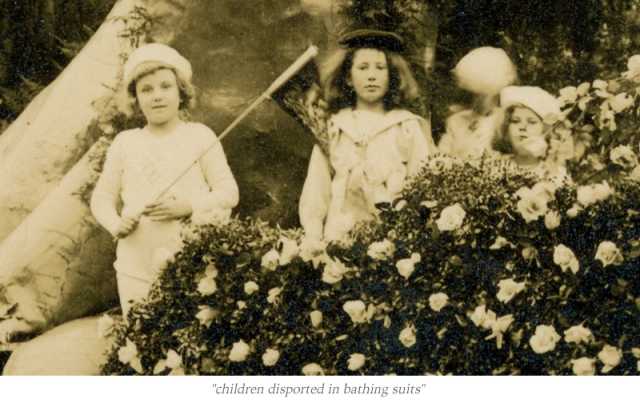 (A side note about the pendants these girls are carrying. They seem to be similar but not identical to this pendant from my personal collection. I wonder if they were done by the same artist?) 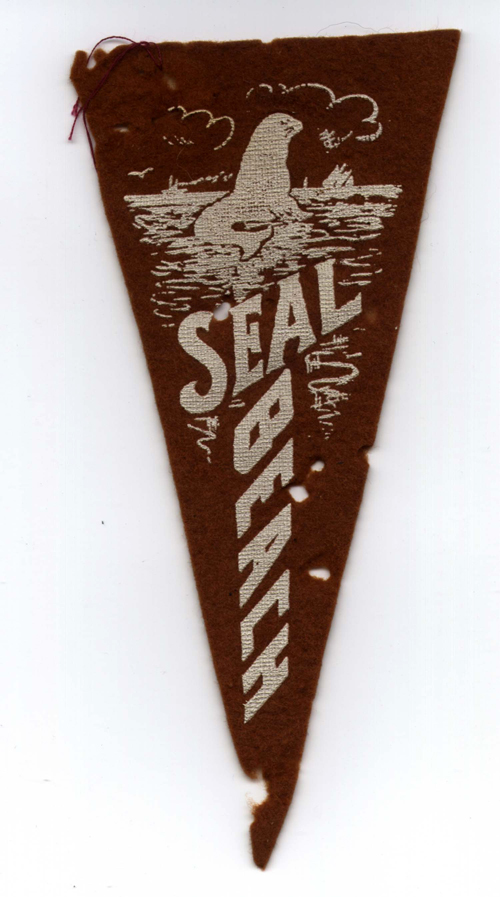 The Los Angeles Times reported that “Large sea shells and turtles backs marked the off the edges of the view, and as a background palms were used. Pink geraniums and pink roses were also featured. A bed of green along the sides spelled the name of the beach represented.” I don’t see the sea shells and turtle backs in the photo, but I’ve spotted the Los Angeles Chamber of Commerce float in the background to the rear of the Seal Beach float.

The Seal Beach float was impressive enough to be prominently featured on the front page spread of the Los Angeles Times the next day.

Those elusive sea shells and turtle backs can been seen in the photo of the Seal Beach float used in the spread for the January 2, 1914 Los Angeles Times front page.

Both The Los Angeles Times and The Oregon Daily Journal somehow neglected to mention this friendly gent.

This photo of the Seal Beach floats shows that he was the driver of the float. Why does he look so unhappy? Does he not like little girls? Was he up too late New Year’s Eve having a wild time? Did he hate parades? Maybe he didn’t like the photographer. Who knows? At this point, probably nobody.