On this date in 1944, The U.S. Navy formally established an ordnance depot at Anaheim Landing.

The Orange County war housing commission chairman, Philip Norton (who also had a real estate office at 710 Ocean Ave), announced the seizure of thirty-five thousand acres of beach and tidelands in January of 1944 for the construction of the twenty million dollar ordnance depot. Real estate would be purchased, bridges would be demolished, Anaheim Bay would be dredged to a depth of fifteen feet, and the Pacific Electric line that crossed Anaheim Bay into Surfside would be rerouted. 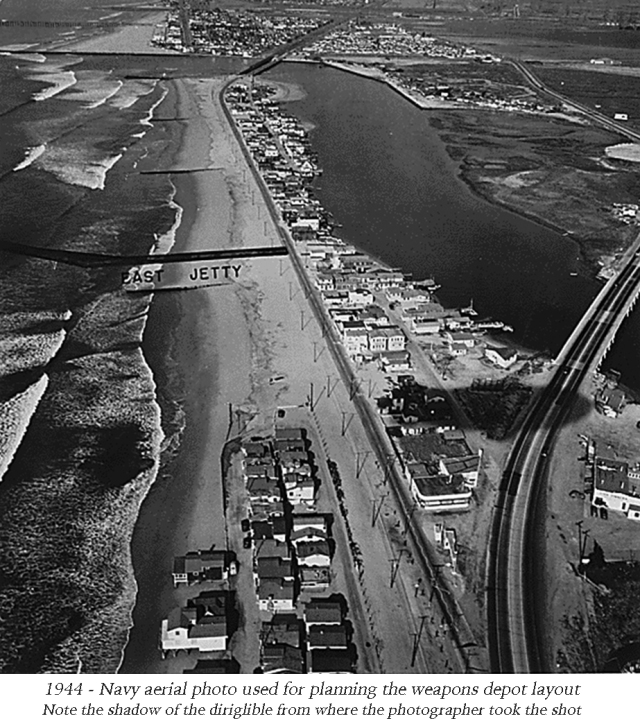 The decision meant approximately 2,000 people living in Anaheim Landing would need to vacate by March 21st. The housing commission helped residents relocate, and many Anaheim Landing homes were moved to lots in Westminster and Seal Beach. The popular Glide ‘Er Inn would move a few blocks east to 14th Street. The Seal Beach Airport would be permanently abandoned.

The speed and urgency applied to the project is understandable considering that the United States military was engaged in a worldwide conflict. Today the outcome of World War II seems inevitable, but in 1944 the future was uncertain, and wartime efforts required full commitment. For most of 1944, the Navy would be transforming what had been a casual small boat harbor into an efficient first class naval installation.

And Anaheim Landing’s time as a civilian port and recreational attraction came to an ended. The seventy-five year history of what is now known as the Seal Beach Weapons Station was just beginning. 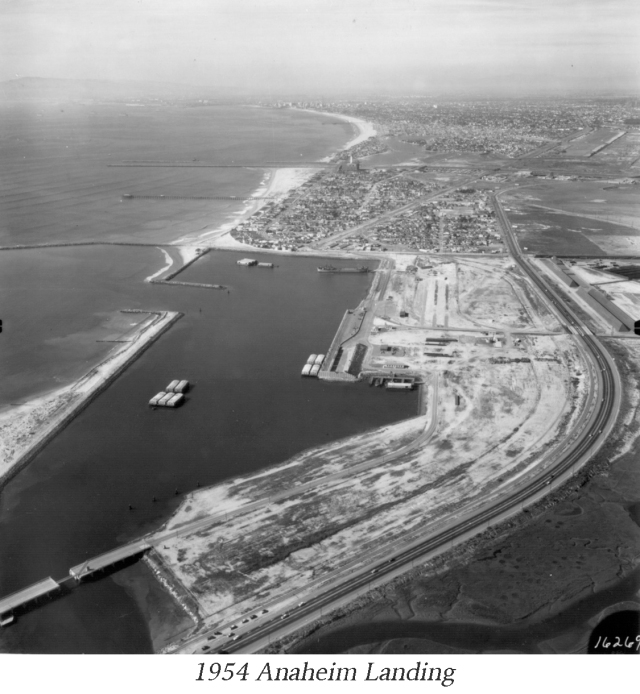