On this date in 1941, Philip Norton, Inc. ran the following real estate ad in the Long Beach Independent.  $3670 for an Ocean Avenue home just one hundred feet from the safest beach on the West Coast!

Philip Norton was a force in Los Angeles area in the first half of the twentieth century. Initially a journalist covering “oriental Russia,” Norton found his true calling when he entered the real estate business in 1921. He was active for decades on the Los Angels Real Estate Board, the California Real Estate Association, and the National Association of Real Estate Boards.  During his long career, Norton played a prominent role in developing many Southern California communities, such as Burbank, Brentwood, Moreno Highlands, Palos Verdes, and, yes, Seal Beach. 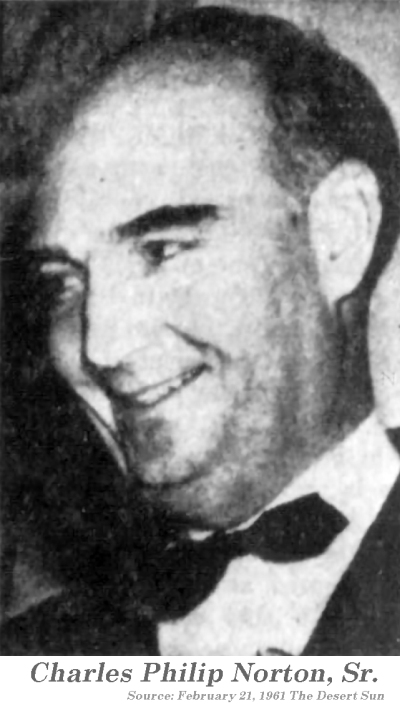 His involvement in Seal Beach dates from late 1938 when he purchased all the unsold Seal Beach property owned by Security First National Bank, property estimated in 1938 as being worth half a million dollars. For the next thirteen years,  Seal Beach homes owned and built by Philip Norton, Inc. were advertised as for sale in local papers, but Philip Norton didn’t limit his involvement in the city to just real estate sales.

Norton and his wife lived for a time on Seal Way and were active in the community. He was a member of the Seal Beach Lions Club, fished with his wife, and was a strong proponent of the movement to outlaw gambling on Main Street. Norton was the chairman of the Orange County war housing commission that oversaw the eviction, demolition, and relocation of Anaheim Landing homes when the Navy took over Anaheim Bay.

A handful of Santa Ana Register stories from 1939 to 1941 confusingly give his name as Philip A. Norton, but my personal theory is a reporter or editor absentmindedly gave Norton Philip Stanton’s middle initial. (That sort of mistake never happens on this blog. Ahem.) His given name was Charles Philip Norton, but he must have preferred Philip to Charles because he used “Philip Norton” in all his business dealing.

Philip Norton retired to Palm Springs and died in 1961.