On this date in 1965, The Delicates appeared for one night only at Larry’s Goldfinger’s A-Go-Go with Adrian Lloyd IV and Donn Coats filling out the rest of the bill.

If Larry’s Goldfinger’s A-Go-Go is remembered at all today, it’s as a controversial topless spot that barely lasted for a few years at the old Garden of Allah location on Pacific Coast Highway in spite of the city’s efforts to shut it down. The location had an even briefer stint under the name Surfer Girl A-Go-Go (which seems appropriate since this address was right across the alley from Rich Harbour Surfboards) before ultimately being bulldozed to make room for a Jack-In-The-Box drive thru. Now a Fresh and Easy Market stands at this address, and the wildest thrill that would be tolerated here would be perhaps a gal in a halter top doing the froog while waiting to use the self-service register.

But fifty years ago, Larry’s Goldfinger’s A-Go-G0 spent a few months as a live music venue, and the above ad featured some local Southern California acts that were popular in the Long Beach area at the time. 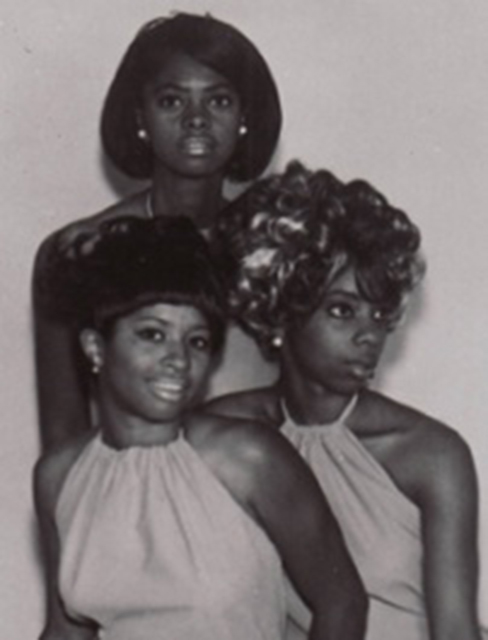 The Delicates were a West Coast girl group that lasted a couple of years (not to be confused with an earlier group called The Delicates based in New Jersey). The Delicates recorded tracks for Challenge, Pulsar, and Soultown Records and were Brenda Joyce Evans, Billy Rae Calvin And Michelle Doe, although some sources include Alder Ray as a member of the group. Perhaps some pop music historians can leave some input and corrections in the comments section.

Thanks to Youtube, we can listen to some of the music that might have been heard from The Delicates in Seal Beach fifty years ago.

But wait! There’s more! Donn Coats and drummer Alvin Lloyd both had a varied history playing with a variety of bands, including together in a group called Alvin Lloyd IV, and they functioned as a house band for Goldfinger’s from June to September in 1965. 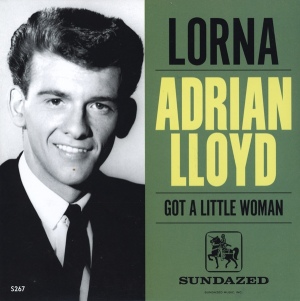 Donn Coats and The Playbacks made some recordings earlier in the sixties.

Coats was performing in the fifties as this clip from 1957’s “Rock Baby Rock It” shows.

Please, anyone with experiences and knowledge about these groups and performers, share in our comments section.