On this date in 1940, the Long Beach Independent ran this ad for the Dovalis 101 Ranch House Cafe. We’ve posted 101 Ranch House ads before, but this one is from very early in its history, coming only three weeks after the the restaurant’s grand opening on June 28th. 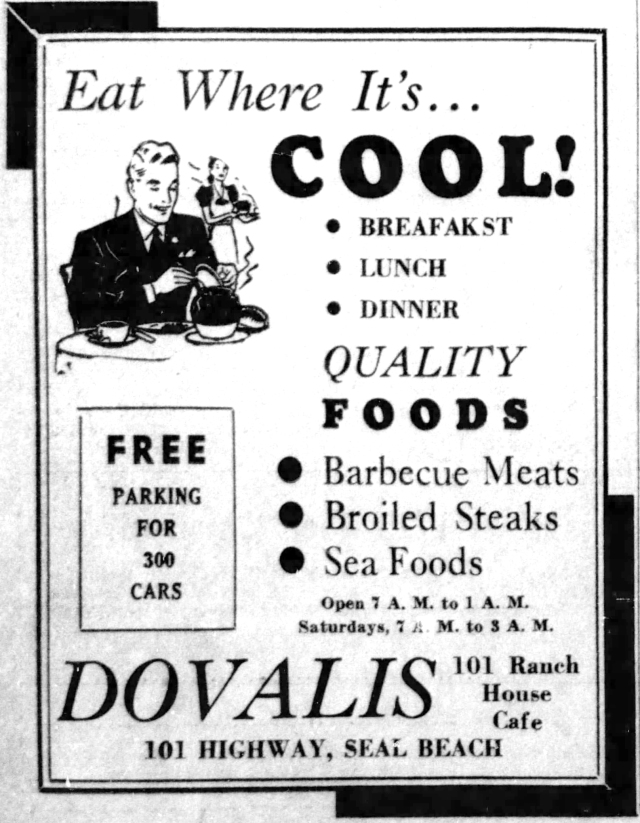 The new restaurant was owned by Nick Dovalis, a Greek immigrant who was born in Sparta in the Attika province on Christmas day in 1886. The 1930 census lists Dovalis as having immigrated to the United States in 1924, but other historical records show a Nick Dovalis working in the confectionary trade in the country much earlier. Maybe there was more than one Nick Dovalis working as a confectioner, but it seems unlikely.

Restless Nick Dovalis may not have settled down permanently with Ethel, but he did settle down in Southern California for the rest of his life. At some point in the thirties, he open a Long Beach restaurant named the Olympia (just like the candy company) at Ocean Avenue and American Avenue (now Long Beach Boulevard).

One intriguing tidbit about this period is that the Coca-Cola company once filed an injunction against Dovalis in 1932 for selling his own soda formula in his shop under the trademarked brand name of Coca-Cola. He was later fined $250 and given a suspended sentence in 1934 for ignoring the injunction against his selling more of his own special “Coca-Cola” mix.

Dovalis expanded his restaurant empire by opening the Dovalis 101 Ranch House Cafe (one hopes with legitimate brand name sodas) on Pacific Coast Highway at 16th Street. Seal Beach must have agree with him because he bought a home on 13th Street and lived there until his death in 1967. The 101 Ranch House stayed in business until the mid-seventies. 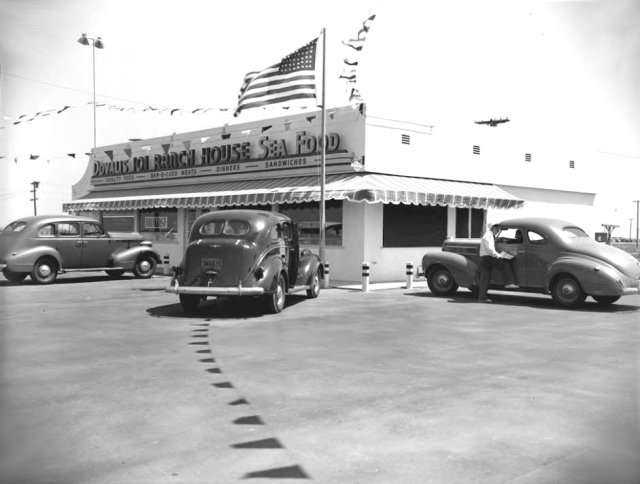 You can find more posts on the Ranch House and its location by clicking on these links: