On this date in 1923, the Santa Ana Register ran a short profile of Ilah Claudine Whitely under the headline, “Seal Beach Whistler Learned To Warble At An Early Age She Doesn’t Believe Old Saw.”

The kindest version of the old saw referenced in the headline and the profile is “Whistling girls and crowing hens will always come to some bad ends.”  This definitely did not apply to Ilah, who was performing publicly at age nine.

She was the first child whistler to perform on radio station KHJ (which had its first broadcast in April 1922, so Ilah was part of early Southern California radio history) and received billing on local community programs.

Ilah was born in Santa Ana and became a pupil of Elizabeth Worthley when her family moved to Whittier.  Elizabeth Worthley was a professional whistler who was well-known for whistling at the 1915 Panama Pacific Exposition in San Francisco, but she took a job to teach high school science in 1917 (while teaching music and whistling on the side, it seems). Ilah’s performance on KHJ came about from her connection with Elizabeth Worthley, who brought her to the station for two whistling solos in a musical comedy revue in early 1923.

Ilah’s musical pursuits were also encouraged by her father and mother.

By the time her family moved to Seal Beach, Ilah was an accomplished whistler and pianist. She was on the program for the opening of the opening of the new location for Seal Beach’s Methodist Church at Tenth Street and Central Avenue on July 28th, 1923 (so this is a double “This Date in Seal Beach History” post.) Her performance was mentioned in a later Santa Ana Register article as having “won hearty appreciation from the Long Beach representatives as well as Seal Beach.” Ilah was also a guest at Miss Elizabeth’s Epworth League gathering on Eighth Street a few weeks later. Music and games were planned, so it’s likely Ilah contributed to the evening’s activities. 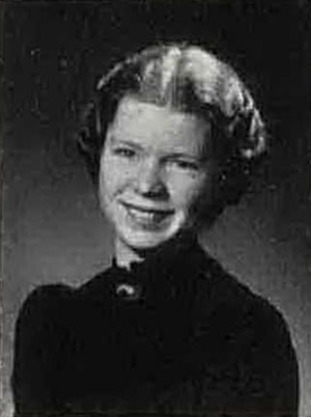 After college, Ilah became a teacher, inspired no doubt by Elizabeth Worthley. She married Milford Montgomery in 1940, and had three children. And I’m happy to share, she did not abandon music.

As her daughter Rita Montgomery shared in an e-mail:

As to my mother’s history in music, she may best be referred to as a Choral Director.  She put together a group of women which she directed and trained to be performing singers.  As a matter of fact, a record (45 Record) was made.

This was between 1953 and 1954. I know for sure because I was 5 ½ years old.  This 45 Record was actually made at the Capitol Record Building where the day and night it was made, was right next door to Frank Sinatra, also recording at the time a record.

The 45 Record that was produced, was the following:  ONE SIDE included me as the solo singer (5 ½ years old) and my mother’s choral group in the background.  The other side of the record was my mother’s choral group only and so the songs were the following:  I  Believe in Santa Claus (my solo performance with coral group in the background) and the other side, only the coral group which sang in excellent harmony, Many, Many Xmas’s ago.

The 45 record she recorded was Liberty Records #55049 (1957) Rita Montgomery – “I Believe in Santa Claus/Many, Many Christmases Ago.” I can’t find an image of the 45 or a copy for sale online, so I’m assuming sales were limited.

Another tidbit that Rita shared about Ilah:

As to her whistling history, I recall her telling me (not sure if this is true)  that she was trained on whistling which included bird whistling by the local circus that came through her town where she lived. My mother’s mother asked the whistler in the circus to please help train my mother with whistling because my mother’s whistling was so piercing at home.  Apparently my mother took some lessons from this circus person on whistling but my sister does not recall being told this.

I’m not sure this story wasn’t a bit of a colorful exaggeration, especially since the 1923 profile mentioned that Ilah’s mother had musical ambitions in her early life. Maybe circus performer sounded more fun than local high school science teacher.

Ilah Claudine Whitley passed away in 2007 in Laguna Niguel. 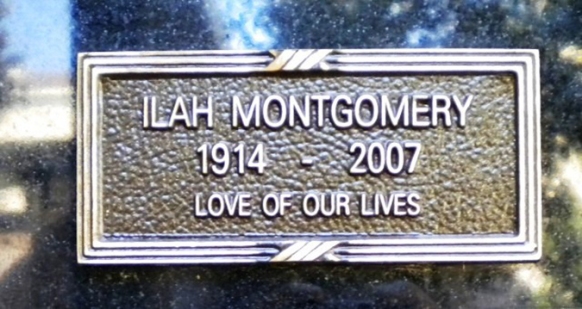 I want to thank Rita Montgomery and Ilah’s granddaughter, Maggie Mae Montgomery for being so generous and sharing with family information.