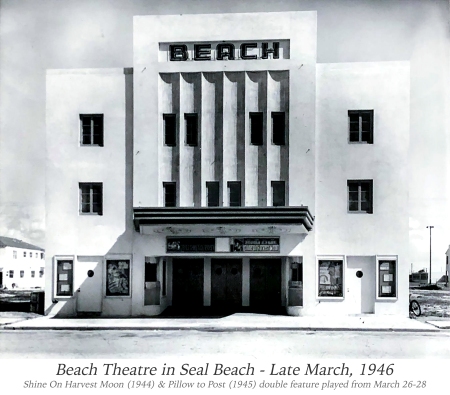 On this date in 1945, Seal Beach film fans could stroll down to the recently opened Beach Theatre on Main Street and catch a double feature of “You Came Along” and “The Kid Sister.” The Beach had only just opened the previous week on November 22, Thanksgiving Day. 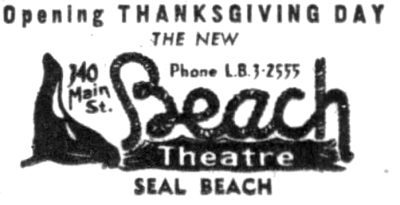 “You Came Along” was a tear-jerker about three USAAF officers flying across the U.S. on a war bond tour. The film introduced Lisbeth Scott as the officer’s unlikely chaperone, Ivy Hotchkiss who falls for Robert Cummings, playing Major Robert “Bob” Collins, the rowdiest of the officers who is carrying a tragic secret.

The Kid Sister was a piece of comedic poverty row fluff that clocked in at less than an hour. It starred Judy Clark as a rebellious and precocious teen who gets up to all sorts of mischief and shenanigans, usually at the expense of her snooty older sister.

You can watch the entire film here in glorious black and white.

What to see a schedule of the films shown at the Beach Theatre during its brief seven-month history? Click here.